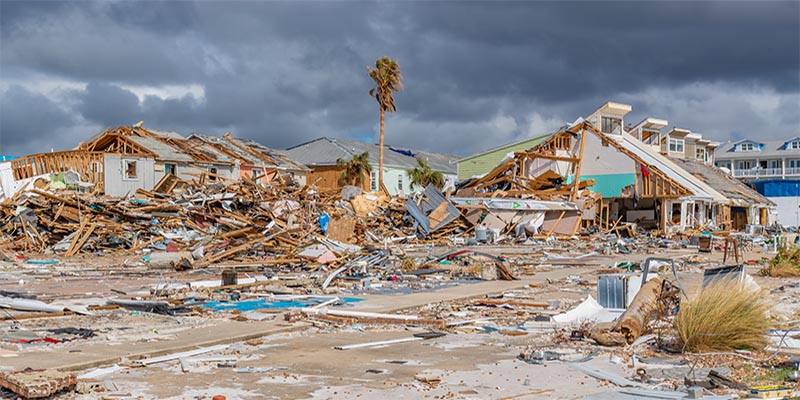 Many of our homeowners markets have already stopped writing in the tri-county area of Broward, Palm Beach, and Miami-Dade due to the rampant claims, lawsuits, and fraud. And now markets are starting to tighten or shut down areas of the newly designated “SOLO” counties of Seminole, Orange, Lake, & Osceola.

To add to the county-wide new business shutdowns, current homeowners are likely to see some pretty hefty increases. Many of our partner insurance companies have announced increases over 10% such as Avatar, Florida Peninsula, and Universal. While others like Edison and Velocity Risk are looking for increases over 20%!

These carrier-wide homeowners rate increases are the result of several factors in our Florida insurance marketplace. Some of the issues have been going on for a number of years, while others are relatively new. Below we’ve compiled a list and gone into detail on the 5 reasons Florida homeowners insurance rates will increase in 2020.

The Florida homeowners marketplace is very unique. The threat of hurricanes to our beautiful state is one that scares most of the larger insurance companies away. When Hurricane Andrew hit South Florida in 1992, it caused over $15 billion in insurable losses and it set the path for our current marketplace. After Andrew many large insurance providers such as State Farm, Allstate, Travelers, and Liberty Mutual stopped writing new business and non-renewed many of their homeowners policies across the state.

In 1996 Demotech stepped in to help rate Florida insurance companies. Unlike its counterpart, AM Best, Demotech not only looked at cash reserves available to pay out claims, but also the reinsurance that carriers have as a means of providing a stamp of financial stability. Once Demotech received approval from the mortgage industry it set the pathway for many new companies, such as American Strategic (1997), Universal Property & Casualty (1998), and United Property & Casualty (1999) to open up their doors and start writing new homeowners policies in Florida.

Besides the tumultuous 2004 and 2005 hurricane seasons where Florida saw 10 hurricanes cross our state, the Demotech system has been fairly stable. However, as water damage claim costs continue to rise and global reinsurance (more on this later) rates keep driving up, the insurance system in Florida may get it’s biggest test yet.

In January, Demotech announced it would downgrade over a dozen Florida insurance companies, unless they showed financial measures to increase profitability and reserves. Since that time, we have seen many carriers call for large homeowners insurance rate increases and others have decided to sell or give the renewal rights of their policies to other companies. One of those companies, Anchor Property & Casualty, was headquartered right here in St. Pete. On January 15ththey entered into a replacement agreement with Homeowners Choice. And then on January 16th Avatar Property & Casualty of Tampa purchased the policies of troubled insurance company Centuari of Sarasota. Since January many insurance companies that we represent have reaffirmed their financial positions, but we’re still waiting to see if any other companies sell or get downgraded.

To put it simply, reinsurance is insurance for insurance companies. The smaller companies that insure most of the homes in Florida typically don’t have the reserves on hand to handle a disaster, such as a hurricane. Therefore, they typically pay a portion of the premium they receive on each policy to a reinsurer who will pay out if a loss exceeds a certain amount (i.e. a deductible).

Prior to 2017, Florida went 10 years without a major hurricane. That “dry spell” brought about some complacency and drove reinsurance prices to historic lows. However, that all changed on September 10, 2017 when Hurricane Irma tore through the Keys, skipped across the Gulf straight into Marco Island, and then went up the rest of the state of Florida. When all was said and done the storm resulted in over $11 billion in insurable losses. And it didn’t get any better the next year when Hurricane Michael made landfall as a Category 5 hurricane in the Florida panhandle on October 10, 2018. Although Michael went over a more rural area, it still caused over $7 billion in insurable losses.

After watching these 2 storms (and other natural disasters) ruin 10 years of profits, many reinsurers have either decided to leave the Florida market or call for large rate increases on their reinsurance contracts. Unfortunately, the only thing the insurance company can do with these increases is pass them on to the consumer, and that’s what we’ve been seeing over the past 2 years. However, now many of the reinsurers are also concerned about water damage losses and litigation, so most insurance companies in Florida are very apprehensive about their June 1streinsurance renewals.

As mentioned, Hurricane Irma (2017) and Hurricane Michael (2018) caused over $11 billion and $7 billion insurable losses so far, but insurers are beginning to see an event they call “loss creep.” According to the reinsurer JLT, expected claim totals are now totaling more than 17-26% than insurance & reinsurance companies originally expected.

JLT advised the “loss creep” is partly a result of increased loss adjustment expenses, or the cost involved with settling an insurance claim. The other part of the increase is due to assignment of benefits and attorney fee multipliers (more on these next) that are involved with these claims.

After 7 years of trying, the Florida House and Senate finally voted House Bill 7065 into law effective July 1, 2019. The bill which was meant to reform the defunct assignment of benefits system that was supported by every insurance company and many consumers. As we mentioned in our 2015 blog, Water Damage… The New Sinkhole, Assignment of Benefits (or AOB) is a document that’s signed by an insured that allows a third party, such as a roofer or plumber to take the place of an insured and seek direct payment from the insurance company. The new law was meant to drive down padded claim costs and reduce fraud in the insurance system.

However, there is another part of the system which still needs reform. Currently trial attorneys can earn up to 3 times their hourly rate for a basic insurance lawsuit. These “fee multipliers” are meant to protect consumers who can’t afford to bring suit against an insurance company. However, attorneys are now using lawsuits to collect large fees from insurance companies while leaving their clients with small claims checks. Insurance companies on the other side are either forced to settle out of court at an inflated cost or potentially lose and pay these unproportionate multipliers. And when insurance companies have to keep paying out claims over and over again, it always leads to rate increases.

This year Senate Bill 914 was released by Jeff Brandes. If signed into law, the bill would cap attorney’s fees for plaintiffs and award fees under the lodestar method. This method determines an attorney’s payout by multiplying a reasonable hourly rate by the number of hours the attorney worked.

A hard market in insurance occurs when underwriting becomes stricter, capacity and competition is reduced, and insurance premiums increase. Based on what we have mentioned above, many experts believe that Florida’s homeowners market is headed straight to a hard market.

The global reinsurance market also appears as it’s heading towards a hard market. After the past few years of catastrophic events such as Hurricane Irma (2017), Hurricane Michael (2018), the California wildfires (2019), Typhoon Hagibis (2019), and the Australia wildfires (2019 – 2020) reinsurers are going to need to improve their profitability to stay afloat.

As homeowners insurance rates increase, we encourage you to review your policies and reach out with any questions. Our agents are always willing to shop coverage. However, sometimes moving coverage to another carrier with a lower premium may not be your best option. Insurance Resources has access to the majority of the Florida homeowners markets, so definitely check with your trusted agent first!

If you have any questions about rate increases, the Florida insurance market, or your coverage please reach out to our agents at 727-345-0242 or contact Brian Ford at bford@insuranceresources.com

Insurance Resources
5.0
Based on 69 reviews

Ron Weidner
13:13 23 Jun 20
I have been a client of Insurance Resources for over 15 years now and have always found them to be knowledgeable, quick... and efficient. During the time I've been with them I have always been very satisfied with the service they provide. I live in the UK and have been extremely impressed with the way they have managed to maintain their level of service to me during Covid-19, with telephones calls and e-mails still being answered and replied to as promptly as ever. In particular, Carol Cameron has been most helpful during the last few months, checking and chasing up on insurance policy renewals for me, and I can unhesitatingly recommend this company to anyone looking for a good insurance broker, especially to those who live outside the USA..read more

Agnes Lambing
19:46 14 Apr 20
I called Kris Morison for auto insurance and she did an excellent job. She found auto insurance for me and saved me... $200 over 6 months. Great agent, I recommend her for any of your insurance needs.read more

Tara Kott
23:27 20 Mar 20
Brian Ford with Insurance Resources is fantastic. He was recommended to me by my real estate agent. It was so helpful... speaking with him; he is exceedingly professional, knowledgeable, personable and ethical.read more
See All Reviews