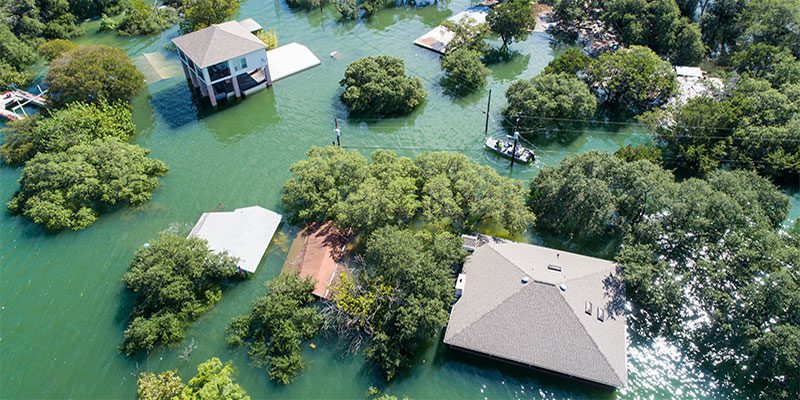 Overall, the NFIP is seeing an average country-wide rate increase of 9.9%, with the average premium increasing from $993 to $1,092 (when the HFIAA surcharge and Federal Policy Fee are included). However, the premium increase you will see will depend on your flood zone, year of construction, how the property will be used (primary vs. secondary or rental), and elevation difference. In Pinellas county most of the homes were built prior to the initial 1974 floods, so they are considered “Pre-FIRM” or Pre-Flood Insurance Rate Maps. Typically, this means they were built under what the NFIP deems as the base flood elevation. As you can see below, Pre-FIRM AE zones (which compromise most of the older homes in Pinellas) are seeing at 7.5% average rate increase.

Below are the average NFIP rate increases for all properties:

FEMA is discontinuing the use of the V-zone Risk Rating Factor Form. This form allowed for mitigation discounts to properties on an individual risk basis.

For most consumers, the only one of these changes to be of any concern are the rate increases. The rate increases on most primary residences are pretty normal increases. However, the rate increases on Pre-FIRM secondary properties, seasonal properties, rental properties, and commercial buildings is significant. As these premiums increase 20%+ each year we have seen more and more of these clients begin to look at private flood as an alternative. The private market has taken some increase since Hurricane Irma and Hurricane Michael, but for these types of properties, it typically is less expensive. These markets can typically also offer higher building and contents limits and additional coverages not offered by the NFIP, such as loss of use and Business Income.

If you have any questions regarding the NFIP changes or flood insurance, please reach out to our agent and part-owner, Brian Ford, CPCU, CIC at bford@insuranceresources.com, or 727-345-0242.

Insurance Resources
4.9
Based on 112 reviews

Judith Cunningham
21:13 06 Dec 22
Kris Morison always provides excellent service, and communicates with us about any of our insurance needs or questions... with prompt, courteous service. I would highly recommend Insurance Resources to anyone looking for insurance.JHCread more

Michael Mauro
19:46 20 Aug 22
My wife and I have always found Insurance Resources to provide exceptional service. Susan Brochetti goes above and... beyond to ensure that our insurance needs are met. We would highly recommend Susan to deal with your insurance needs.read more

Deborah Miller
10:10 17 Aug 22
Kris Morrison Has been excellent with my homeowners and flood insurance for years. I would recommend her to everyone.... She is friendly and professional and knows her stuff.read more

William Tapp
18:09 11 Jul 22
Brian did a fantastic job going out of his way to make sure we found the coverage that was right for us on such a tight... timeline! His professional manner showed that he was extremely knowledgeable and committed to helping us however he could. I wouldn’t go anywhere else for my insurance needs going forward!read more

Mark Frye
15:37 09 Jun 22
What a wonderful experience! One phone call was all it took. In these challenging times of securing homeowners... insurance in Florida, my rep Susan Brochetti was a total professional . Susan should be your go to rep for all your insurance needs. Thanks again, Susanread more

Diana Merullo
11:57 18 May 22
Anita Ford of Insurance Resources was recommended to us by our Buyer’s Agent. She communicated with us, the title... company and the Director of the Condo Association while shopping for an adequate affordable policy to insure the investment property.we were purchasing. She set us up with an Insurance Company in the area and was always available to answer questions or explain coverage regarding requirements, laws etc pertaining to rental properties. We feel fortunate to have worked with her and to have her knowledge and expertise in the St.Petersburg area available to us moving forward.read more

Mark Roosa
16:52 28 Apr 22
I contacted Insurance Resources, and spoke with Linda Loperena, who is extremely knowledgeable of the ins and outs. ... She with able to provide my mother with quality homeowners insurance and friendly feed back.read more

Ellen Fogel
21:41 18 Apr 22
Kris Morison has been so helpful to me concerning all my insurance needs.

Maryanne Everett
17:14 11 Feb 22
Caring, professional and educated with informed answers and suggestions, Kris has always been extra special in her... suggestions, she really cares and understands, awesome employee.read more

Faith Hoogs
23:10 08 Feb 22
I have been with Insurance Resources for about 20 years or more. They are always willing to find me better rates for my... homeowners, and auto insurance.This group is always available to talk with, and I appreciate that very much.read more

carrie mock
00:06 24 Nov 21
Brian Ford goes "above + beyond". He is extremely professional and responsive, always. He did an excellent job... researching the best policies for home | auto | flood. Last year he even advised that my current policy with another Insurance company was the best for me over all. He is the ultimate professional. Honest. Resourceful. Professional ... and very, very nice. Thank you Brian for all of your assistance.read more

Barbara Birkas
16:41 26 Oct 21
We commend Linda Loperena for the great communication and knowledge that she has presented to us since we have done... business with Insurance Resources. We have never had an agent that responded to us so quickly in times of need. Kudos to Linda!!!read more

Stan Anderberg
17:27 02 Sep 21
Kim Morrison went out of her way to find me different quotes when renewing my hurricane insurance poiicy. She was very... professional and provided quick responses to my questions.read more

John Surman
19:35 15 Jul 21
Only good things to say about Kris Morison and her (Maria and Kat)team at Insurance Resources. All provided superior... service in my hour of need and did not hesitate to go that extra s(mile) and save me some money too! They are a blessing. Don't hesitate to call on them. Johnread more

Raj Chaudhary
15:35 15 Jul 21
You were very efficient in getting the insurance underwriting done.

jo
15:33 30 Jun 21
I cannot say enough about insurance resources. I have been with them for many years. They contually exceed my... Expectations. I recently have dealt with Kris Morrison my goodness she could not have done more to help me save money. Is you need insurance or support this is the company to be with. Thank you all Katherine thank you for helping me in the payment area and Kris thank you a million times over.Joanne Fidureread more

Diane Null
19:11 22 Jun 21
Insurance Resources was referred to me by a friend, and they didn't disappoint. Kris was very professional and a great... help to me. I would have no problem referring them to friends.read more

Stephanie Judd
20:19 06 May 21
Susan was so helpful and put up with our crazy questions! Insurance Resources is lucky to have her. She’s a great... representative for your company!read more

Travis McNulty
15:42 23 Mar 21
I have 2 businesses with multiple locations insured by Brian's insurance resources. Every time I talk with Brian, he's... knowledgable, quick, efficient, and gets me whatever I need immediately. I wish I could hire him for my company!read more

Warren Jones
01:15 04 Mar 21
I experienced a very professional team with Sue and Linda and can see why they came HIGHLY recommended. My purchase of... a home was not an easy process with remodeling and permits....The sale literally came down to the last day and with Linda and Sue's dedication even on their time off, i was able to stick to the closing date....Amazing team and plenty of homeowner's quotes to choose from. They took the time to educate and explain the different types of homeowner's policies and was a good feeling dealing with a local insurance agency. Above and beyond!!!!read more

Roy Bahl
20:06 03 Mar 21
I have been with Insurance fResources for more than 15 years and have always felt comfortable with the planning they... helped me do. Finally, I had a claim to file! Ms Linda Loperena at Insurance resources took over the job of getting the claim filed and paid, in a professional and timely manner. She made the whole thing easy for me!read more

M Moreda
19:22 04 Jan 21
thanks Linda for your help today. I appreciate your expertise, Marion

Ken Knowles
22:49 22 Dec 20
Working with Brian was a breeze! He is very knowledgeable in Florida insurance laws and our needs for homeowners... insurance. I wouldn't hesitate recommending Brian or his firm for any of your insurance needs.read more

Ken L
22:50 10 Nov 20
What a refreshing experience. Due to a big price increase in our previous homeowners policy, we were shopping new... insurers. Kris and Linda jumped out of the several agencies we were in contact with. Every interaction was unrushed. They asked lots of questions, made sound recommendations, and saved us money. We then had them quote our auto. They found gaps in coverage (which they resolved) and, again, saved us money. Very comfortable that we are in good hands.read more

jim tuneberg
17:39 15 Sep 20
I live in IL and insure our Family Condo in Florida. Carol has been great to work with , and provides Quality coverage... for our place! Thanks for excellent service.read more

Barbara Birkas
00:24 11 Sep 20
Kris Morison did a great job on my recent insurance renewal. She knows her stuff and does not waste any time getting... it done. I really appreciate the fine job she has done for us, in an expedient, knowledgeable and friendly manner.read more

Barry Cousins
13:36 26 Aug 20
Brian Ford and the entire staff at Insurance Resources should be commended for their knowledge and willingness to... explain all the technical details associated with our HOA and personal insurance issues. We highly recommend them and thank them for their service.read more

Robert Gordon
19:28 25 Aug 20
If insurance is low on your priority list....you need Brian! He is a true professional. When you absolutely need... insurance, you need assurance that what you are getting is right. Brian and Insurance Resources gives us a quality product at an affordable price every year!read more

Ron Weidner
13:13 23 Jun 20
I have been a client of Insurance Resources for over 15 years now and have always found them to be knowledgeable, quick... and efficient. During the time I've been with them I have always been very satisfied with the service they provide.I live in the UK and have been extremely impressed with the way they have managed to maintain their level of service to me during Covid-19, with telephones calls and e-mails still being answered and replied to as promptly as ever.In particular, Carol Cameron has been most helpful during the last few months, checking and chasing up on insurance policy renewals for me, and I can unhesitatingly recommend this company to anyone looking for a good insurance broker, especially to those who live outside the USA..read more

Agnes Lambing
19:46 14 Apr 20
I called Kris Morison for auto insurance and she did an excellent job. She found auto insurance for me and saved me... $170 over 6 months. Great agent, I recommend her for any of your insurance needs.read more

Tara Kott
23:27 20 Mar 20
Brian Ford with Insurance Resources is fantastic. He was recommended to me by my real estate agent. It was so helpful... speaking with him; he is exceedingly professional, knowledgeable, personable and ethical.read more

Andy Pena
20:06 20 Feb 20
Great customer service. Linda Loperena stays on top of the problem. She will give you the answer one way or the other.... Thanks for your helpread more
Next Reviews

Insurance coverage cannot be bound or changed via submission of any online form/application provided on this site or otherwise. No binder, insurance policy, change, addition, and/or deletion to insurance coverage goes into effect unless and until confirmed directly by a licensed agent.